The redevelopment of Onslow’s aerodrome represents a major infrastructure boost to the region’s transport hub in Western Australia, with works including a large new runway, taxiways and a modern terminal building.

A local mining giant has injected over $30M dollars into the project with benefits extending beyond the resource industry into local businesses, residents and the tourism sector.

The runway embankment design involved surface stripping of the existing mudflats and transfer of over 350,000m3 of fill to achieve the 105m x 2,200m footprint.

In order to assist with stabilisation over the soft foundation and provide a degree of insurance against upward migration of salt-laden silts, the construction team opted to deploy a layer of nonwoven geotextile over the subgrade prior to placement and compaction of the sub-base.

ProFab® nonwoven needle punched geotextile was chosen for this purpose due to its ability to retain and separate fine sediments from the structural layers whilst maintaining a high degree of permeability.

The construction team also called upon Global Synthetics to provide a solution for erosion
protection of the runway batters.

For this application, ProFab® ULTRA was selected as a puncture-resistant filter beneath limestone rock to prevent washout through the armoured wall. In total, approximately 20,000m2 of embankment batter was protected at an average gradient of 1:3 (H).

ProFab® ULTRA represents the heavy mass series of Global Synthetics geotextiles, ranging from 600g/m2 up to 2,000g/m2. ProFab® and ProFab® ULTRA both use specialised virgin ‘staple fibre’ technology which differentiates them from ‘continuous filament’ fibres commonly seen in the Australian market.

Approximately 155,000m2 of combined ProFab® geotextile was installed for this scope with the Shire construction manager reporting that Global Synthetics had done an admirable job in delivering vast quantities of geotextile at short notice.

For more information on the Global Synthetics range of geotextiles or to see how we can support your next project, get in touch with our engineering team. 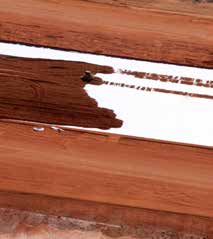 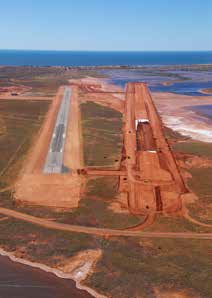